Deposited at the ‘Chamber of Commerce Northern Netherlands’.

a. The contractor: the creator of these Terms & Conditions, Congres Bureau Friesland,  (hereinafter also to be called CBF) based in Mantgum.

b. The client: The person who has entered into an agreement with Congres Bureau Friesland, to perform activities, as referred to in Article 2.1, on behalf of the client.

c. The event: The congress, meeting, course or other event organized by Congres Bureau Friesland.

2.1 These Terms & Conditions shall apply to all agreements concluded between Congres Bureau Friesland and the client, regarding the organisation of congresses, meetings, courses and other events.

Article 3: Creation of the Agreement

3.1 Congres Bureau Friesland has the right to ask for compensation from the client for developing a proposal.

All proposals written by Congres Bureau Friesland are without time limit for acceptance, unless a time limit is stated in the proposal.

3.2 The agreement between Congres Bureau Friesland and the client can be set up in parts. The (part of the) agreement is set up when that which is agreed by CBF is confirmed in writing and sent to the client. When additional services are described in an appendix, the appendix is deemed to be part of the agreement.

3.3 Money amounts mentioned in documents set up by CBF are exclusive of tax, unless stated otherwise.

At least the following will be set forth in the proposal/agreement:

- the name of the client;

- the starting and ending dates of the event;

- a description of the order and the activities to be carried out by CBF;

- the estimated costs associated with the execution of the agreement;

- the amount of any deposit that may be required;

- a description of goods and services to be provided by third parties;

- the timing and manner of payment.

5.1 Changes or additions to the contents of the agreement, including the applicable terms and conditions, are only valid, when they are confirmed by CBF and the client in writing.

5.2 The client will be notified of any additional/extra work or budget overruns as soon as they are anticipated. Where possible, efforts will be made to prevent them. They are at the expense of the client, unless expressly agreed otherwise in writing.

7.1 Invoices of CBF must be paid within the agreed-upon time limits, but no later than thirty days after the date of the invoice.

7.2 When the time limit set forth in the first section is exceeded, the client is in default and will be assessed 1% interest per month or part of a month on the total invoice amount, in addition to all extrajudicial costs of collection. These costs will be calculated on the basis of the collection rates stated below:

In addition, the client is responsible for all process costs and the related costs for legal assistance.

7.4 The payments made by the client, will be applied first to reduce all costs that have been assessed, next to the interest and then to the invoices that have been outstanding the longest, even if the client states that the payment relates to a later invoice.

8.2 Without prejudice to what is mentioned in part 3 of this article, the following applies to cancellations with respect to the part of the costs not falling under 8.3: the cancellation conditions included in the agreement whereby the amount of the cancellation penalty is determined by the estimated costs associated with the execution of the agreement, excluding the costs set forth in part 3 of this article, and by the number of months prior to the event.

8.3 When the client cancels the agreement in total or in part, the client owes –in addition to what is mentioned in part 2 of this article- the amounts that CBF owes to third parties: in the event that CBF engages third parties to execute the order, which can be staff, services or goods of third parties, as well as staff that has been hired temporarily. Costs can consist of cancellation costs, compensation costs or other costs (like salary).
8.4 When the client cancels the agreement, the client owes CBF –in addition to what is mentioned in parts 2 and 3 of this article- administration costs amounting to 5% of the total amount set forth in the agreement.

a. Demand security for payment from the client, for all current agreements for external costs;
b. Suspend its obligations from the agreement with the client –both those to which failures in the payment obligations apply, as well as all other agreements between CBF and the client- without prejudice to the right to demand security for the payment simultaneously.
c. To dissolve the affected agreement in whole or in part with immediate effect, without judicial intervention.
9.2 CBF also has the right to dissolve the agreement with immediate effect if CBF becomes aware, after the signing of the agreement, that during the event, damage can be caused to property of CBF or to persons, or if it is expected that the public order will be disturbed.

10.2 When CBF has already partially or totally fulfilled the obligations at the moment of occurrence of force majeure, CBF is entitled to send an invoice for the delivered or deliverable part and the client is obliged to pay this invoice.
10.3 The client will in any case not be able to invoke force majeure on his part in the event, in case (an) important speaker(s) does/do not appear(s), in case the visitor/participant numbers are lower than expected or in case of comparable circumstances.

11.1 CBF will make every effort to serve the client ro the best of its ability.

11.2 When the agreement is carried out by third parties, CBF is not held liable for damage by any (power) failure, the malfunctioning of the services provided, or the provided venue being or becoming unsuitable.
In all cases, the liability of CBF will not go beyond making the equipment and necessary personnel available at another time for the possible re-performance of the agreed-upon work. The client himself must address any claim to the third party who, in the opinion of CBF, fails to meet his obligations.
11.3 CBF will treat the entrusted materials, like videotapes, films, documents and other materials, with great care. However, CBF denies all liability for damage to or loss of the materials made available for whatever reason, except in case of deliberate intent or major negligence. In cases where it is necessary to work with very expensive or irreplaceable items, the client is obliged to insure and keep these at his own expense.

11.4 The client shall fully indemnify CBF for all damage that may occur to items and persons belonging to CBF, the personnel of CBF or the executors of CBF, that may arise as a result of actions on part of the client, his staff or other persons for whose benefit the client has entered into the agreement with the CBF.
11.5 The client indemnifies CBF against claims from third parties, for infringement of copyrights and/or industrial property rights as a result of services provided by CBF for the benefit of the client.

The client is obligated to provide CBF in a timely manner with all (further) information that may reasonably be relevant in connection with the execution of the agreement.

The CBF cannot be held liable for technical defects or malfunctioning of the audio-visual equipment supplied by third parties, including stands, lighting, decorations and decor pieces.

All licenses related to the event must be obtained by the client. The client bears the cost for the application and/or the keeping of the license(s).

15.1 Both parties obligate themselves to observe confidentiality when dealing with information that may cause damage to the  client or his relations, if made known to third parties, under penalty of payment of compensation for the damage including costs incurred.

15.2 Addresses that are made available to each other, by CBF and the client, for mailing and promotion, are only available for the execution of the agreement, unless stated otherwise. Both parties will have access to the addresses of the participants.

The client himself bears responsibility for the acquisition of performing rights and for the payment of all related costs.

17.1 All agreements to which these Terms & Conditions apply, also in case of activities abroad, as well as the resulting legal relationships of the parties, are exclusively governed by Dutch law, applicable to the Kingdom of the  Netherlands in Europe.

17.2 All conflicts to which these Terms & Conditions apply, can only be submitted to the competent court in Leeuwarden for settlement, unless the subdistrict court is empowered to hear the conflict. Within one month after CBF invokes the provision of this paragraph in writing, the client can still choose for the court that is competent according to the law.

Dutch law is applicable to all agreements between the client and CBF.

Article 19: Protection of Personal lnformation
19.1 When CBF processes personal information during the execution of the agreement, CBF will process the personal information in a proper and careful manner and comply with ihe legal requirements set forth in the Algemene Verordering Gegevensbescherming (AVG). The client is obliged to comply fully and punctually with all legal obligation with respect to the AVG and the protection of personal information.
19.2 Under ‘personal information’ is understood all information about an identified or identifiable natural person (‘the person concerned’).  As ‘identifiable’ is understood a natural person who can be directly or indirectly identified on the basis of an identifier such as a name, an identification number, location data, an online identifier or one or more elements that characterize the physical, physiological, genetic, psychological, economic, cultural or social identity of that natural person.
19.3 Under ‘processing’ is understood: an revision or a set of revisions, of personal information or a set of personal information, whether or not performed via automated processes, like collecting, recording, organizing, structuring, updating or modifying, retrieving, consulting, using, providing by means of transmission, dissemination or otherwise making available, aligning or combining, blocking, erasing or destroying information.
19.4 Personal Information will be carefully stored by CBF and will only be made available to employees of CBF and will only be used for the purposes of the agreement.
Each party will comply with applicable laws and regulations in the field of information protection when processing personal information.
19.5 Both parties acknowledge that personal information can be processed by CBF in connection with
(i) the event, pursuant the agreement with the client and/or these Terms & Conditions; (ii) applicable requirement in laws and regulations; (iii) requests from and statements to the competent authorities; and (iv) administrative, financial risk analysis and/or customer relationship purposes like those described in the Privacy Statement and the processor agreement used by CBF (the "purposes"). 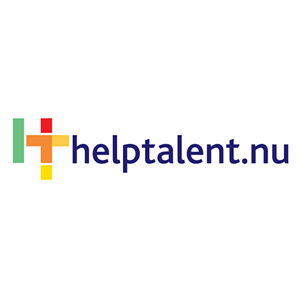